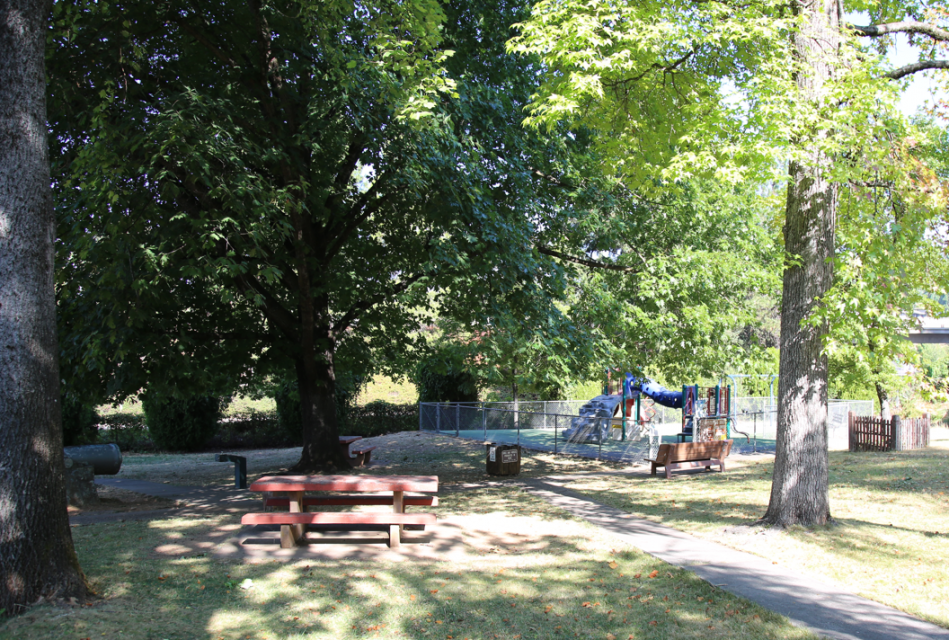 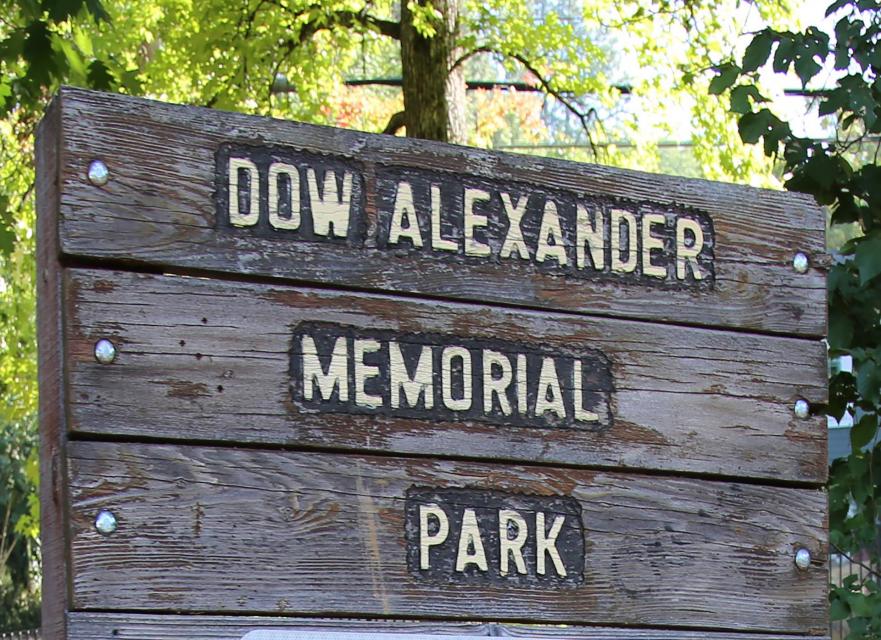 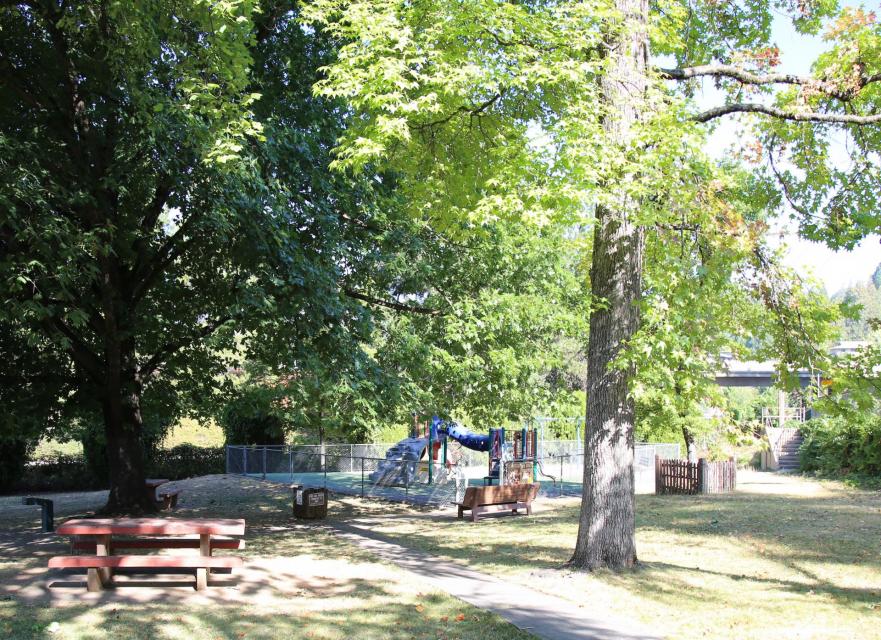 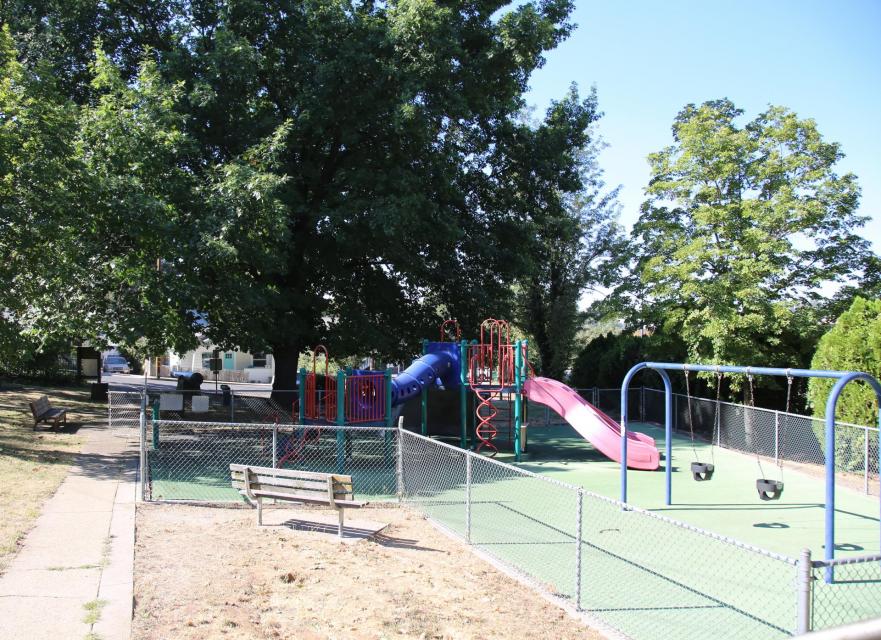 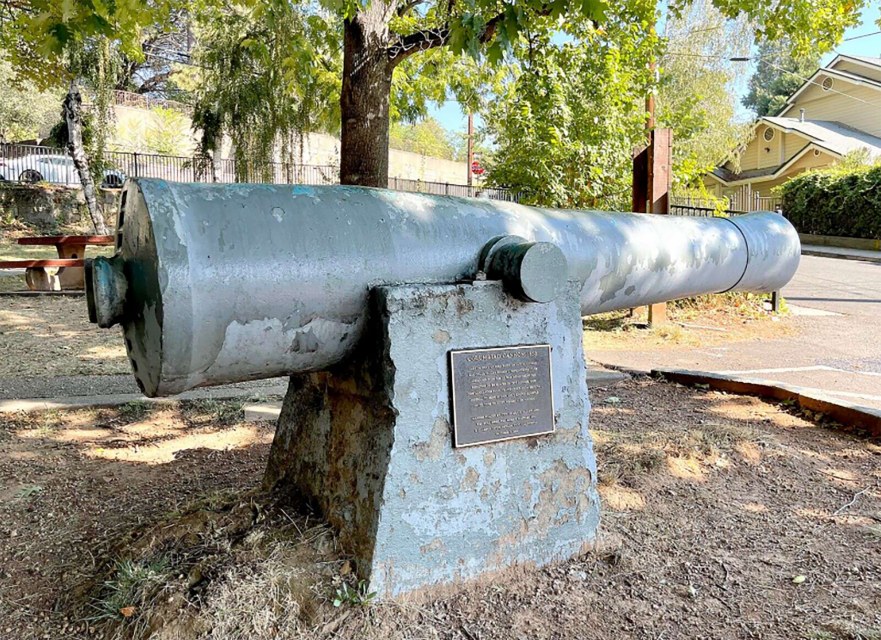 First known as City Square, the unimproved 4 lots were purchased from Sara Kidder for $1,200 by the Grass Valley Women’s Club on February 3, 1911.

Per Gage McKinney​’s article in The Union: “ In April 1910 a delegation of women called on William Bourn, owner of the Empire mine, to ask for help in finding property for a park. Bourn showed keen interest, encouraged the women and promised to help. The women initially set their sights on the Dibble property at the corner of West Main and School streets, but lost a bidding war to the Elks Lodge. Later they settled on a half-acre at Bennett and Bank streets. A driving force within the club was Sara Kidder, who as a widow became president of the Nevada County Narrow Gauge Railroad, which she managed with distinction for 12 years. She owned the Bennett Street property and offered it to the club for $1,200, paid as funds became available. Kidder than donated more than $1,200 worth of improvements to the site, including water piped from a spring on her adjacent property and a 6-foot iron fountain with water spewing from the mouths of lions.

In 1911 the women tirelessly raised funds for the park, hosting card parties, teas and raffles. The big fund raiser was a variety show which featured an all-women orchestra. Even as the fundraising continued, the park was taking shape. The women plied their connections, especially through local militia leader P. T. Riley, to obtain a park ornament — a cannon from the War Department in Washington. The department offered a 9,100-pound, 10-foot long pre-Civil War Columbiad cannon which once had guarded the Golden Gate. The women faced a daunting freight bill to ship the cannon to Grass Valley, but Sara Kidder used her influence with the Southern Pacific and the big gun rode for free.

By July 1911 the first city park had become, as The Union said, an “object of public gaze.” The jewel-like lot included walkways, lawns, flower gardens and trees, a flagpole and Kidder’s fountain. “It is a beautiful place,” the paper said. “All honor to the women.” The women dedicated the park to veterans of the Spanish American War and California pioneers. City Square, as people called it, became Grass Valley’s gateway. “As the visitors alight from the train at the Nevada county narrow gauge depot,” the newspaper said, “they come face to face with a pretty little city square.”

The park was deeded to the City in 1916 but the City failed to record the deed and failed to maintain the park. The Junior Chamber of Commerce maintained the park for a period of time. Sometime in 1940, the Grass Valley Women’s Club again deeded the park to the city. [Only to move on to the creation of Memorial Park years later].

In 1973 City Square was renamed to honor Dow Alexander, a long-time Chamber of Commerce member. New roadways have reduced the park to a quarter acre and the Kidder fountain is gone, but the park still offers a playground for children.”