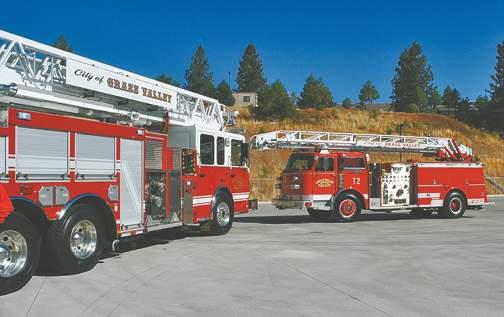 In 1915, the fire department purchased its first motorized piece of fire apparatus, The Pierce Arrow, and by 1916 two additional motorized fire apparatus were added to the fleet.

The Grass Valley Fire Department currently operates out of three stations. Station No. 1 located on Brighton Street and Station No. 2 located on Sierra College Drive and Station No. 5 located at 201 Providence Mine, Nevada City. Today the  Department has 29 career personnel and provides protection to the 5 square miles of the City of Grass Valley as well as the City of Nevada City and outlying portions of Western  Nevada County.